Incubate New Startup Project that focuses On Green Product/Service to build new generation of business that concern on saving the earth.

Staking in Talaxeum has multiple benefits along with its APY up to 8%.

Before a BLOCK for a project is created, the community votes to either approve or reject the project. Every TALAX staked, will grant a user one vote. As a safety measure, the founders of Talaxeum will also need to have a uninanimous decision to approve the project. There are two types of votes ; team’s vote and community’s vote, you need approval from both to proceed.

Each NFT will earn their utility rewards in TALAX. Reward come from proceeds earned by the real business which will then be bought back in TALAX, the talax will then be equally distributed to each NFT.

Each transaction performed on Talaxeum platform will be done in TALAX. 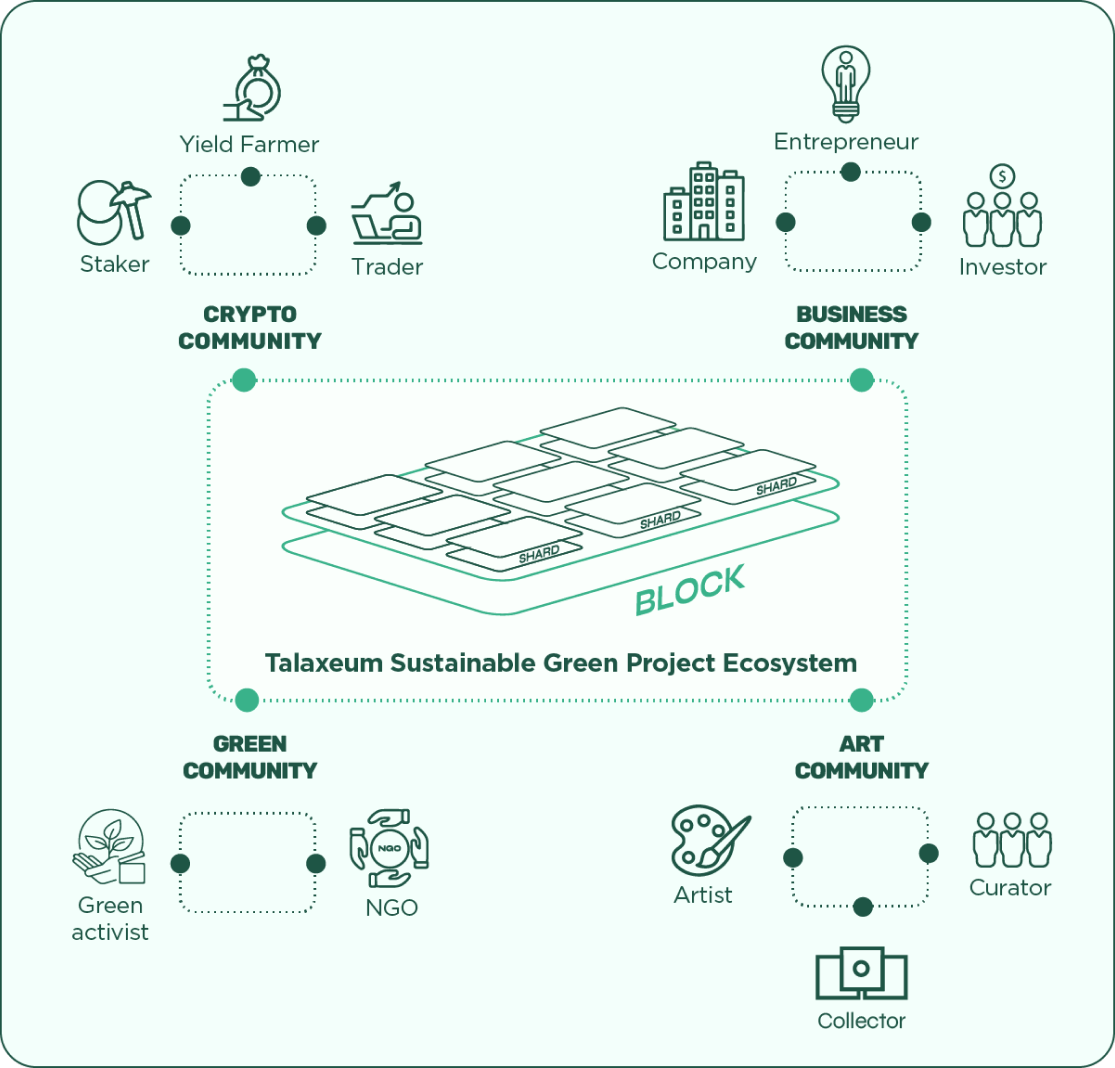